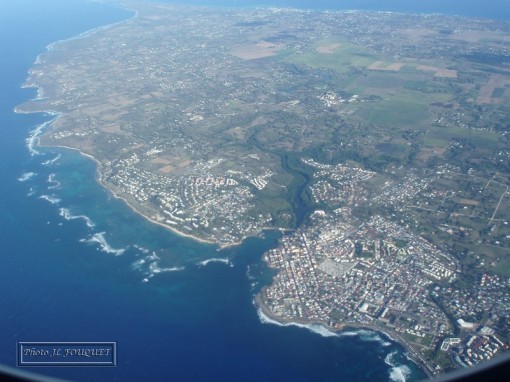 General view of the town of Le Moule. On the south coast, the beach of l'Autre Bord.

The east coast of Grande Terre includes a significant city, Le Moule. This city is mentioned for the first time in documents dated 1696 under the name of Portland. The town grew up thanks to the sugar cane, The Centre soon moved north. As a protection from the ocean harbor works were undertaken including a mole, certainly at the origin of the name of the city.

Le Moule was the theater of heavy fighting between French and English in the early 19th century. The city became the biggest exporter and importer harbor at the end of these wars, with a population of over 8,000 inhabitants, including 7,000 slaves, which clearly shows the kind of leading economy. After 1848 number of companies went out of business, the fields have concentrated, Le Moule lost its predominance to the benefit of Pointe à Pitre.

Due to its geographical location Le Moule is frequently an entry point for cyclones and tropical storms, the city was badly hit in 1928 and, more recently and sustainably by Hurricane Hugo in 1989.

Meanwhile the city has undertaken to develop tourism and benefit from its advantages. Economically the town houses the last candy in mainland Guadeloupe, Gardel.

Nowadays for the visitor Le Moule is well worth a visit and even a stay. The surrounding area is mainly covered with sugar cane and there are remnants of old windmills. The city has kept on its center an authentic side with large square, fine 19th century church and Creole houses. There is a good shopping atmosphere in the lively main streets and beautiful markets regularly.

To the north, few genuine beaches but a nice coast sought after by surf lovers. That’s serious business, not for beginners!

In the south, past the harbor, a great beach bordered with vacation accommodations alas more or less on condition, the beach de l'Autre Bord. Very inviting, white sand and blue water, the beach is monitored, there are showers, toilets and snacks.

Nearby, descending towards St. Francois, you will find two very interesting places! Along the road, at a crossroads, the Zévallos House. This specific house, with a metallic architecture has a story. It can not be visited, is supposed to be haunted, but it's worth a look!

For the record, it may be part of a batch of two houses ordered by a Louisiana planter and sold in Guadeloupe by a conveyor who had to pay for its damages. One has ended up at Zévallos and the other ... in the center of Pointe à Pitre, nowadays a museum for the poet Saint John Perse.

Along the coast, do not miss the “Porte d’Enfer” (Hell's Gate). Nothing like the lagoon with the same name to the north of the coast, but a wonderful site which, if there are no waves, allows swimming and fish watching with a mask ... 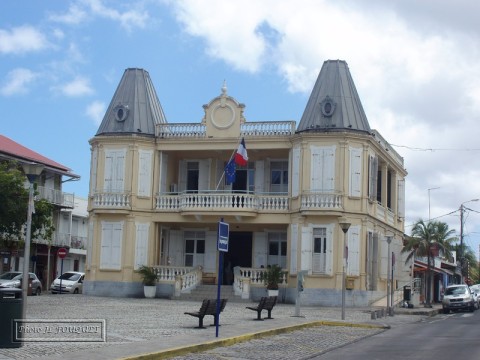 The town Hall, on the main square 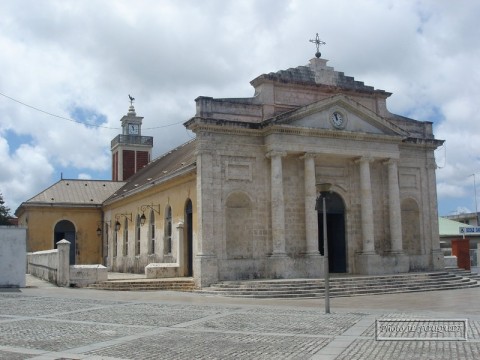 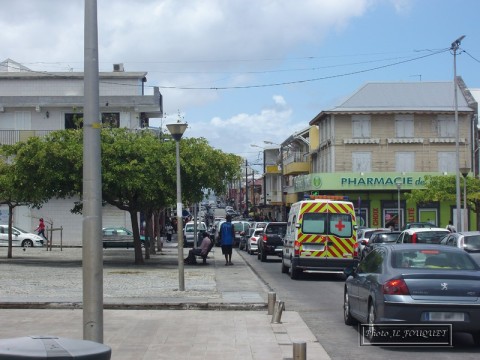 The main street, with many shops, as seen from the large square. 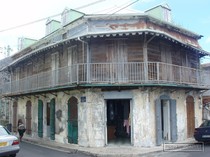 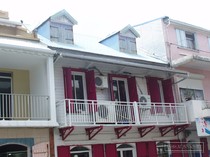 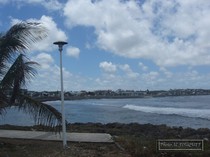 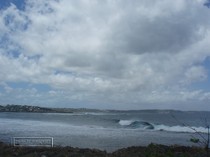 THE BEACH OF "L'AUTRE BORD" 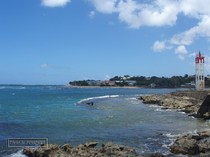 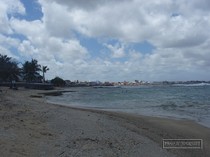 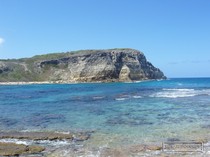 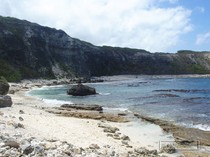 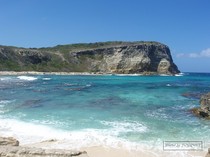 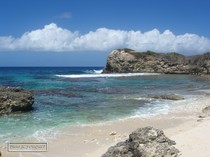 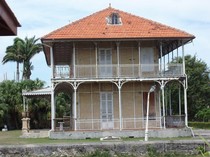 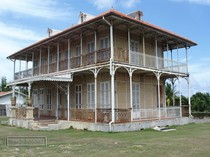 OVERVIEW OF THE "PORTE D'ENFER" (HELL'S GATE) OF LE MOULE 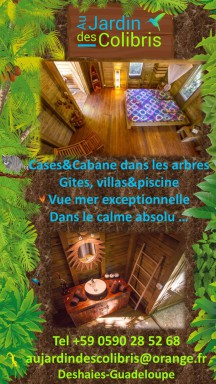